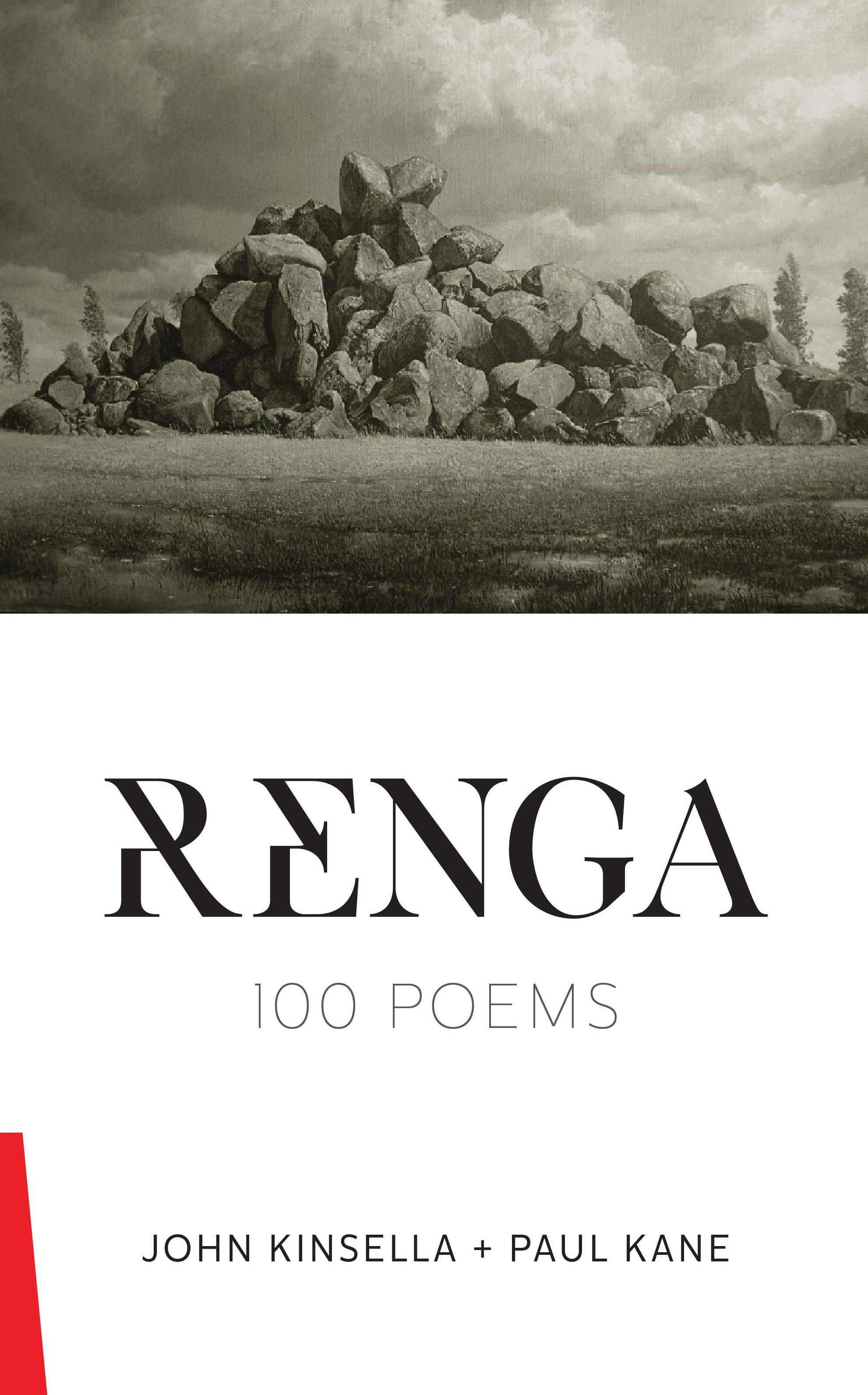 This is a rich, distinctive book of poetry. It’s also a ‘century’, as one might say, cricketwise. John Kinsella and Paul Kane have chosen to work in the Japanese tradition of renga. They offer us a hundred poems in one continuing dialogue, rooted deep in nature. This new ‘owning up’ sails across the planet between Poughkeepsie and Jam Tree Gully; an extinct volcano, farmland and university towns. Birds and animals play their busy parts. Intriguingly, this jointly-authored book also falls within the genre of pastoral eclogue, which feigned to be a rhythmical dialogue between two shepherds. There was room in this classical tradition for sophisticated banter between such a pair, however muddy their sandals. Now, John has elected to use varied lyrical forms, while Paul has adhered happily to the syllabic renga. Their range of mutuality is a delight. —Chris Wallace-Crabbe

A lively and moving celebration of the fertility of contraries, written over a decade by two of Australia’s and America’s leading poets. This daring poetic conversation explores the multifarious and deeply connected cultures—physical, metaphysical, emotional, even political—with, in the words of one of the poems, “terminal optimism”. —Ronald A. Sharp

This is an extract of the David McCooey review of Renga: 100 Poems, by John Kinsella and Paul Kane. Published Australian Book Review, March 2018, no. 399. The extract is published courtesy of ABR.  To access the full review you must be an ABR subscriber.

”Renga is a powerful work of eco-poetics, meditating on modernity’s destructiveness and the protean experience of being in the world. While Kinsella is well-known for his political poems on the human degradation of nature, in Renga Kane is just as articulate in his search for a poetry that can accommodate, or deconstruct the opposition between, ‘the political’ and ‘the poetic’. In Renga 29, Kane decries mountaintop-removal coal mining: ‘It’s called MTR / in the Appalachian Range, a simple concept: / forget mining, just remove / the tops of mountains instead.’ Kane’s response to such practices, and the corrupt politics that allow them, is – in part –to back the potentialities of the everyday and poetic speech: ‘Start small, I say each morning, / a bird cry can crack a shell.’ But Kane also allows a more American post-Romantic position to emerge: self-reliance. In Renga 31, the poet (and ‘Graham, the electrician’) installs an inverter. In Renga 85, we see the poet chaining his self-built house to the earth, to stop it from being blown away.

As with Kane, Kinsella also focuses on both the extreme and the domestic. The poet in Kinsella’s poems is generally even more uneasy about the concept of home, presenting himself in Renga 42 as the ‘Perennial outsider, / trying to bloom / in drought’. More gothically, Renga 58 begins ‘Somebody much maligned died / and their soul passed partially / into me’. The gothic here is employed, as it is elsewhere in Kinsella’s poetry, as the obverse of the pastoral, that mode Kinsella has spent a career brilliantly revising and reworking. While there is nothing ‘ideal’, or even especially bucolic, in the pastoral landscapes that occupy Kinsella’s poetry, the natural world remains a source of solace (albeit a complex one), as seen in the memory, evoked in Renga 98, of river dolphins ‘dipping / and surfacing’. As this poem shows, even the act of citing a place name in a putatively post-colonial space can be unreliable. Freshwater Bay, it turns out, is not fresh water.

Renga is the work of two master poets in compelling conversation. It illustrates both the richness and elegiac force of being in the moment. ‘Now is a word for / never again’, as Kane writes in Renga 13. It seems to me, as a long-time reader of both poets, that Renga has produced something new for each of them. Far from being an interesting footnote in the career of two transnational poets, Renga might be a central work in the oeuvres of its respective authors, offering (to use Kinsella’s words) intense ‘acts of navigation’.”